Most signal compressing circuits use some kind of variable resistance or variable gain amplifier to continuously alter the signal level. This circuit uses an inverting op amp circuit with feedback resistors which are routed through CD4066 analog CMOS switches. Gain is increased or decreased by turning the switches on and off. The switches are controlled by comparators, set to turn on or off when a full wave rectified, RC-filtered input signal rises or falls below an adjustable threshold. A single CD4066 chip has 4 switches, giving 5 different gain stages (+1 for all switches off, if an unswitched feedback resistor is used). There are better chips to use for this, such as analog signal multiplexer ICs. There are several 1-8 multiplexers in the same 14-pin format which would double the number of available gain-stages in this type of design. 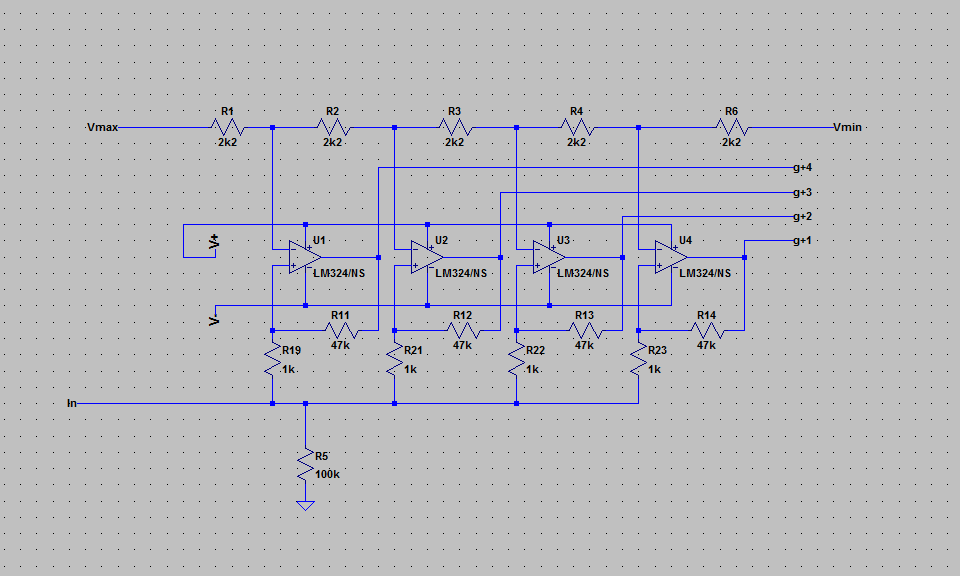 Each subsequent switch cuts the negative feedback resistance roughly in half, reducing gain by the same factor.