Built from various scraps of wood. Sounds about as bad as it looks. Super cheap piezo buzzer used as a pickup. Even with an op amp booster and active tone controls, it's pretty quiet compared to a bass with regular pickups and passive tone controls. Animal bone nut and wooden bridge. Cheap tuners from ebay. The end pin is an old hydraulic support from my hatchback. Very strange intonation. If I were to attempt to build another stringed instrument, I would buy a prebuilt neck, or at least one with the fret positions precisely marked. 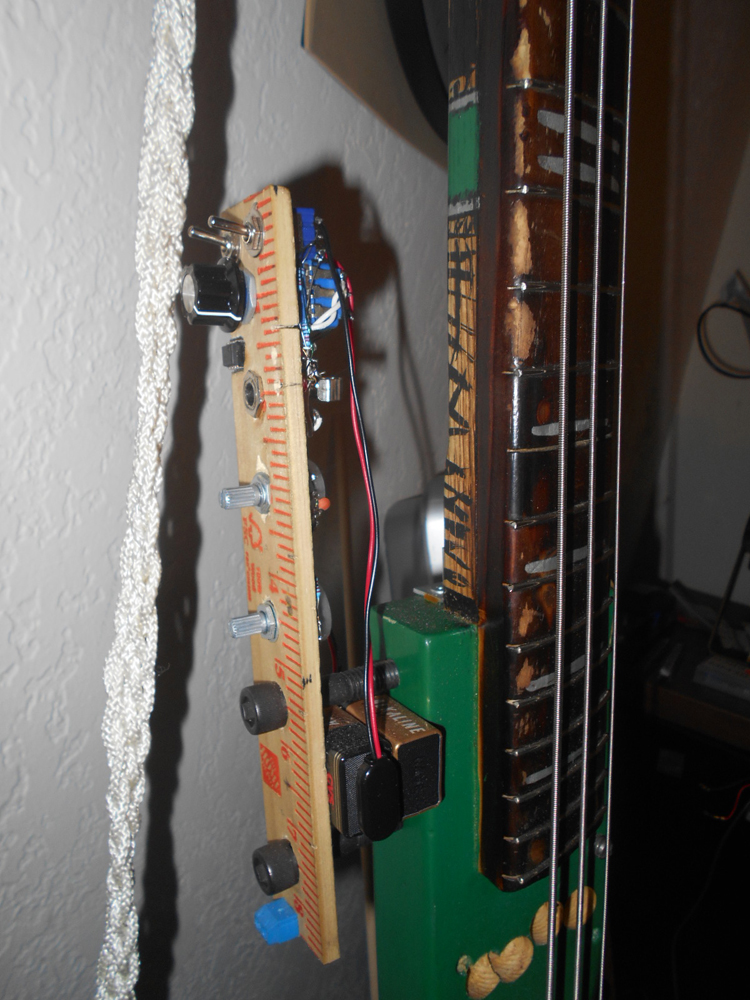